In the first network broadcast of a women’s tournament game since 1995, the No. 14 seed Middle Tennessee Blue Raiders are meeting the moment in their matchup with No. 3 seed Tennessee on ABC: The game is tied 39-39 at halftime.

Minutes after Illinois saw its title dreams end, another No. 1 seed started play: Baylor and ninth-seeded Wisconsin just tipped off their second-round game in Indianapolis. Wisconsin took a quick 5-0 lead.

Caitlin Clark proved why she was one of the most hyped players coming into the 2021 tournament as she led No. 5 seed Iowa to a 87-72 win over No. 12 seed Central Michigan.

“Definitely one of the top three players we’ll see all season,” Central Michigan coach Heather Oesterle said of Clark last week. “She’s very, very talented. In transition, she has the ability to get by people. In half-court, she can knock down 3-pointers. We’ve got to knock her off that 3-point line and keep the ball out of her hands as much as we can.”

They did keep Clark below her average of 3.8 3-point shots per game (she had just three) but otherwise, the Chippewas struggled to contain her. In the first half alone, Clark had 15 points, three rebounds and four assists; by the middle of the fourth quarter, the West Des Moines native was on triple-double watch. She concluded with 23 points, seven rebounds and 7seven assists. The first round game proved to be the perfect showcase for Clark, who leads the league both in scoring (26.7 points per game) and assists (193 coming into this game).

The firepower of Central Michigan, the Mid-American champions, helped it hang around in the second half. its leading scorer, senior Micaela Kelly, had been forced to spend much of the first half on the sidelines after picking up three quick fouls in the first quarter, but she sparked a comeback run with a breakaway three early in the third quarter.

Though Kelly’s 23 points and 50 percent shooting helped Central Michigan cut the Hawkeyes’ lead to as little as 6, it couldn’t match Iowa’s Clark-led offensive juggernaut, which combined to shoot 47.7 percent. Ultimately, Iowa beat the Chippewas at their own sharpshooting, fast-paced game.

Top-seed Illinois is out. The No. 8 Loyola-Chicago Ramblers — and, of course, Sister Jean Dolores Schmidt — are in the Sweet 16 after steering past the Fighting Illini, 71-58, on Sunday.

Illinois became the first No. 1 seed to be ousted in this year’s N.C.A.A. men’s tournament, faltering from the start of the second round in Indianapolis and only sporadically looking any better. It was the earliest exit for a region’s top seed since 2018.

And Loyola-Chicago, which reached the Final Four in that 2018 tournament and transformed the team chaplain, known simply as Sister Jean, into a joyful symbol of college basketball fealty, extended its record of pulverizing the postseason ambitions of ostensibly mightier schools.

On Friday, it defeated Georgia Tech, which had won the Atlantic Coast Conference tournament. On Sunday, it was Illinois, the winner of the Big Ten tournament and a favorite in brackets from coast to coast, that collapsed.

The Ramblers, who never trailed on Saturday, capitalized on steals and turnovers. They mounted big runs as a masked Sister Jean, now 101, watched, her eyes so frequently fixed with approval. Most of their scoring came in the paint, and three players — Marquise Kennedy, Cameron Krutwig and Lucas Williamson — each had at least 13 points on the day.

In the round of 16, which will begin next weekend, Loyola will play the winner of Sunday night’s game between No. 4 Oklahoma State and No. 12 Oregon State.

The Illini were the second most popular team picked as champion in brackets, behind Gonzaga.

Three of the top five teams in the Big Ten standings are now out: No. 2 seed Illinois, No. 4 seed Purdue and No. 5 seed Ohio State. The Big Ten started with nine teams and has five remaining: Michigan, Iowa, Maryland, Wisconsin and Rutgers.

No. 10 seed Marquette fails to pull off the upset after scoring 24 points in the fourth quarter and pulling within 3 of No. 7 Virginia Tech in the last minute.

If a No. 1 is going down in the first round, we’ll know tonight.

All four No. 1 seeded teams on the women’s side — Stanford, Connecticut, North Carolina State and South Carolina — are slated to play today. Typically, seeds are spread out evenly over the first two days of the tournament, but this year if a No. 16 seed pulls the biggest possible upset, it will happen on Day 1.

The first ever No. 16 seed to win an N.C.A.A. Division I tournament game was the Harvard women’s basketball team, which beat No. 1 Stanford 71-67 in the first round of the 1998 tournament after two Cardinal players suffered anterior cruciate ligament tears in the weeks before the game. This year, the Cardinal have the same seed — but thankfully, no injuries that significant.

The second No. 16 seed to win an N.C.A.A. tournament game was a little more recent, and it came on the men’s side. In 2018, the University of Maryland-Baltimore County Retrievers pulled off a shocker when they blew out the top-seeded Virginia Cavaliers, 74-54. The Cavaliers responded by winning the 2019 championship. Yesterday, Virginia lost as a No. 4 seed to No. 13 seed Ohio in the first round.

Krutwig and Cockburn are remarkable at defending in the post without fouling. Only one apiece and they’ve been banging on each other for 35 minutes.

Loyola-Chicago is finding most of its success by limiting Illinois on the offensive end, holding Illinois to 42.1 percent shooting. The Illini average 50.1 percent from the field. Loyola is up 50-40 with about nine minutes left to play.

Star Iowa freshman Caitlin Clark is off to a hot start in her first N.C.A.A. tournament game with 15 points, three rebounds and four assists in the first half. 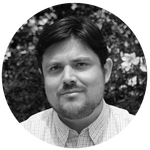 Illinois, down 9 points at halftime to Loyola-Chicago, is the second-most popular pick as national champion in ESPN and Yahoo brackets. About 15 percent of entries.

Sister Jean Dolores Schmidt has Loyola beating No. 1 Illinois in her bracket and getting to the Elite Eight before losing to West Virginia.

California Baptist won the Western Athletic Conference tournament and regular season championship, but was ineligible for the N.C.A.A. tournament while on a probationary period as it transitions to Division I.

Instead, Utah Valley, which lost in the WAC tournament to Grand Canyon but was the second seed in the conference, was given a chance to play in Texas. The program, which was founded in 1978, had never made the tournament before this season.

“This is a little bit different N.C.A.A. tournament than normal, but from the minute we took this job we talked about getting to this point, and to get here any way we can is just amazing,” Wolverines head coach Dan Nielson told reporters this week. “I am really happy for our team to get to have this experience.”

California Baptist was the only team in the nation to go undefeated through the conference tournament. The Wolverines were 10-4. California Baptist is now 25-0 after making the third round of the Women’s National Invitational Tournament with a win against San Francisco on Friday.

The Big Ten, Big 12 and Pac-12 led the way with a combined 17 of 32 teams into the second round of the N.C.A.A. men’s tournament entering Sunday.

The Southeastern Conference has four teams remaining, while the Atlantic Coast Conference and the Big East each have a pair.

The Big Ten began with the highest number of teams, nine, and six of them have now advanced — including a pair of No. 1 seeds in Michigan and Illinois. The others still in the tournament from the conference are Iowa, Wisconsin, Rutgers and Maryland. Michigan State, Ohio State and Purdue are out.

With the loss by No. 3 seed Texas to No. 14 seed Abilene Christian on Saturday night, the Big 12 totaled six of a possible seven teams advancing: Baylor, Kansas, Oklahoma, Oklahoma State, Texas Tech and West Virginia.

All five Pac-12 schools remain alive in Colorado, Oregon, Oregon State, U.C.L.A. and Southern California. Oregon advanced over Virginia Commonwealth when V.C.U. was forced to withdraw from the tournament because of multiple positive coronavirus tests.

The round of 32 breaks down this way among the conferences:

It has been a good year to be slotted no better than a No. 13 seed: Four of those teams will play in the men’s tournament’s second round, a record.

The first two games of the women’s tournament, both slated to tip off at 12 p.m. in Texas, feature three teams that practically live beyond the arc. No. 5 Iowa, No. 12 Central Michigan and No. 7 Virginia Tech are all among the ten most prolific 3-point shooting teams in the nation — combined, they make nearly 30 per game.

The most efficient of them is Iowa, which makes 40.4 percent of its deep shots thanks to a young trio of sharpshooters that includes sophomores Gabbie Marshall and McKenna Warnock. Their leader — the fearless freshman Caitlin Clark — has attempted 254 3-point shots this season, the most in Division I. Accordingly, she is its best scorer with an average of 26.7 points per game.

Central Michigan, the Hawkeyes’ opening opponent, has a similar offensive strategy: let the shooters shoot. It is the only team in the nation with two players averaging over 20 points per game, Micaela Kelly and Molly Davis.

Neither of these teams play much defense, but who can blame them for focusing on their strengths?

The Hokies, who will face a more traditional offense in No. 10 Marquette, rely on senior Aisha Sheppard. She averages 3.7 made 3s per game, and in Virginia Tech’s biggest win of the season — an overtime victory over No. 1-seeded North Carolina State — she made four on her way to 28 points. Sheppard hopes for similar fireworks this afternoon as she fights to keep her college career alive against battle-tested Marquette, who played No. 1 UConn close during the regular season.

In the second No.1 seed matchup of the day in the men’s tournament, Baylor will face No. 9-seeded Wisconsin. The Bears beat Hartford, 79-65, and Wisconsin beat North Carolina, 85-62, to advance to the second round.

Baylor, a first-time No. 1 seed, is going to provide a defensive challenge for the Badgers. The Bears are one of the best shooting teams in the league, making 41.4 percent of shots from 3-point range. They rebound well offensively, averaging 12.9 a game, which makes stopping them difficult.

In the Badgers’ first round game, they relied heavily on their five seniors for scoring, as they have all season. Wisconsin will need that energy again in order to compete with Baylor’s stellar offense.

The Big Ten finished the first round 6-3, and Wisconsin’s chance to represent the conference in the round of 16 relies on its ball movement and ability to slow down Baylor’s offense.

The state of Illinois gets the spotlight at the start of Round 2 in the men’s tournament as Illinois and Loyola-Chicago play in the first game on Sunday.

The Illini defeated Drexel, 78-49, and the Ramblers beat Georgia Tech, 71-60, to advance. This is going to be a battle of which team can beat the other at its own game as both of these teams are strong defensively.

Loyola has the best defense in the league, holding opponents to an average of 55.7 points per game. This is going to be key to its success because Illinois has a large presence in the paint in 7-foot tall Kofi Cockburn. In order for the Ramblers to slow down the pace, they are going to have to limit his ability to get easy baskets down low.

The Illini are great at moving the ball and getting it to their two leading scorers, Cockburn and Ayo Dosunmu. They proved their resilience through the Big Ten season and if they are able to push the pace and force Loyola to keep up, the round of 16 spot is theirs for the taking.